6 Ways to Push Back Against Unconscious Bias 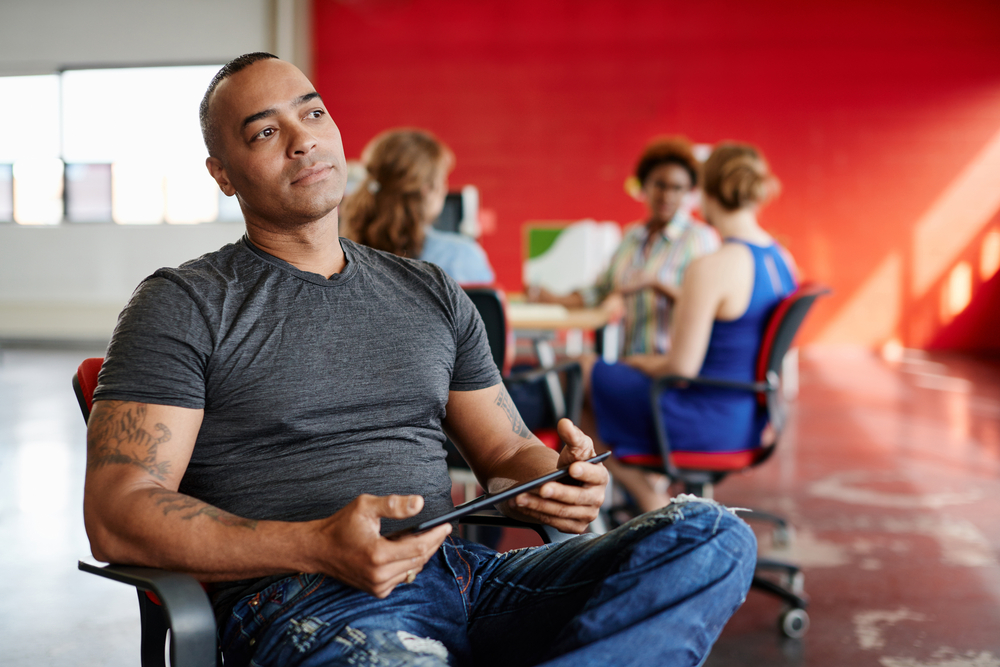 Our brains have evolved over thousands of years to take mental shortcuts. We are capable of processing about 11 million pieces of information per second, but only 40 pieces of information is processed consciously (while the vast majority happens subconsciously). Because of these neuro-shortcuts, when we meet new people, we tend to automatically make snap judgments about them. Years ago, this was a safety mechanism. Our brain’s amygdala, which controls our fight or flight reflex, would give a signal to run/react/fight in the face of the unknown. Today, that animal impulse still lingers in the form of unconscious bias.

Obviously, the human race has come a long way over the past couple thousand years, but that has only complicated unconscious bias, not eliminated it. Now, instead of fearing unknown entities, we might instead believe social narratives about certain groups of people. According to Renee Navarro, Vice Chancellor of Diversity and Outreach at UCSF, “Everyone holds unconscious beliefs about various social and identity groups, and these biases stem from one's tendency to organize social worlds by categorizing.”

Categorizing. Mental shortcuts. Unconscious processing. While these cognitive tendencies might occur instinctively, that doesn’t give anyone a free pass to hold onto their biases. It is our collective responsibility to acknowledge unconscious bias and work to change the narrative (both in society and within our own heads).

Start with these 6 steps...

The first step to combatting unconscious bias is to learn about and acknowledge it. When we admit we have a skewed perspective (built by society, our backgrounds, the people we surround ourselves with, etc.), we can work on opening ourselves to other ways of thinking.

When it comes to dismantling bias, education and awareness are key. This isn’t about pointing fingers or labeling people as racist/sexist/ableist/etc. It’s about acknowledging the intrinsic bias we all have and working toward eliminating it.

Bias can rise to the surface when people engage in certain types of decision making. For instance, when it comes to recruiting new talent, companies may have bias baked into their hiring process. Certain words may be more masculine-oriented, thus inadvertently discouraging female candidates from applying. Or a company’s hiring team might be influenced by similarity bias—a type of unconscious bias in which people are inclined to trust and socialize with people who look or behave like themselves or hail from a similar background. When people say they have a “good feeling” about a certain job candidate, that’s likely similarity bias coming through.

Instead of making gut-based decisions, it’s a good idea to slow down the decision-making process. Gather thoughts and perspectives from a wide array of people, utilize data and other neutral markers, and regularly question your personal bias.

Minimizing bias sometimes means getting out of your comfort zone. If you tend to mostly interact with similar people who share a fairly similar perspective, challenge yourself to stretch beyond that group and interact with those who have different ideas, backgrounds, and ways of thinking. Open yourself to learning about alternative viewpoints and understand that your worldview may be challenged.

Making sure everyone has a platform and a voice can help push back against intrinsic bias. In the workplace, that might mean consciously appointing diverse project leaders or asking a variety of people to lead team meetings. It also involves collecting candid feedback (see my last blog post) to find out how company systems, processes, or projects can improve.

Our mental shortcuts can cause us to lump groups of people together and make broad (and sometimes harmful) generalizations. When that bias is running through our subconscious, we see examples everywhere to confirm it. If, for instance, you believe a certain group of people are bad drivers, you’ll likely notice all the instances that confirm your bias. Instead, challenge yourself to stop grouping people together and start seeing individuals. Think about a person’s unique attributes and contributions, rather than painting them with a broad brush.

Working on your own intrinsic bias is a start, but your efforts shouldn’t end there. Start discussing unconscious bias with others, express your desire to learn more, and start implementing work practices that push back. If you’re in a leadership position, it could be helpful to promote training sessions aimed at building bias awareness and minimization. From an organizational standpoint, it’s a good idea to examine your systems and processes, gather feedback from as many people as possible, and work on overhauling any baked-in bias.

Combating bias is an ongoing job that requires continuous education, regular discussions with others, and constant fine-tuning (or downright overhauls!) of the current system. This may seem like a daunting task, but no one expects bias to evaporate overnight. Keep building your awareness and commit to taking whatever steps are within your power to take.