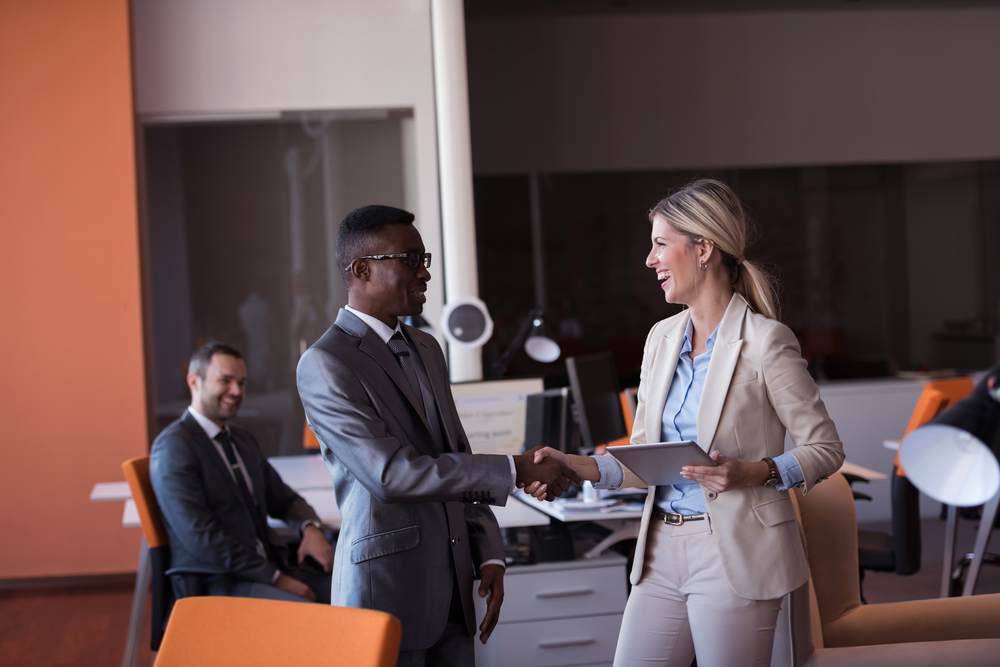 Diversity and inclusion are not the same. A company can make a heroic effort to hire people of different races, ethnicities, genders, and abilities…and then completely fail to integrate and include them. In fact, this happens all the time. A company can become so absorbed with demographics, they forget that they’re dealing with people, not numbers. As the CEO of Diversity and Ability, Atif Choudhury, says, “Diversity is about counting people, inclusion is about insisting they count.”

It's clear underrepresented employees often do not feel like they count. A recent report found that Black workers were 30 percent more likely to leave their jobs than white colleagues. Another study found that women are three times more likely to quit if they feel excluded at work.

These are troubling statistics, but they are certainly not insurmountable. With an intentional plan and the motivation to put that plan into action, company leaders can significantly improve inclusivity practices. Start with these four action steps...

1. Create an Atmosphere of Belonging

Many workplaces have a way of leaving certain people out. A building or meeting space may be difficult for a person with disabilities to navigate; company literature or policies might exclude same-sex couples; or resources may be lacking for those who are neurodivergent.

Creating a sense of belonging is tremendously important. When employees feel that they don’t belong or aren’t fully welcome in a workplace, they are highly likely to leave. This feeling of exclusion might stem from company policies, available resources/support (or a lack thereof), or the way the office is setup (e.g., can sinks and drinking fountains be accessed from wheelchair height?). Employees may also feel excluded if certain demographics are always mentored, promoted, or given the most challenging/rewarding assignments, while other demographics are largely left to fend for themselves.

As a leader, it’s prudent to pay attention to each of your team members, frequently check in with them, and learn about their needs/wants/requirements. Then, act! Employee inclusion is not just “nice to have,” it’s necessary for creating a happy, supported team.

In a past blog post, we discussed the wide discrepancy between white male leaders…and everyone else. Traditionally, the American workforce has favored this specific demographic, which is why the vast majority of Fortune 500 CEOs are white males. This group also tends to enjoy mentorship or sponsorship, while over two-thirds of black professionals have no access to mentors to help their career growth.

Leaders have the power to provide equal access to resources (mentorships, sponsorships, trainings, networking) for everyone on their team. If someone is interested in leadership, why not nurture that interest and provide opportunities for that person to excel?

Another way to provide inclusive opportunities for promotion/leadership is to give everyone a chance to shine. Capitalize on your team members’ strengths by giving each person projects that stretch their abilities, challenge them, and give them the opportunity to lead an initiative or project (if that is of interest to them). Just because someone isn’t great in one area (say, public speaking), it doesn’t mean that person won’t excel elsewhere.

Savvy leaders pay attention. They recognize who tends to talk during meetings, and who tends to stay silent. They see who shows up to out-of-office events, and who usually passes. They get a sense of who are “work friends,” and who is a bit of a loner. These things matter. If someone usually seems like an outsider, they are probably feeling that way, too.

It’s important, however, to not make assumptions. Instead, talk with your team members one on one, get to know them, gain their trust, and ask for their candid feedback. You can also offer people ways to provide anonymous feedback, such as through surveys or anonymous online forums.

If you become aware of problematic, exclusionary practices, make an effort to change them! It’s not enough to passively listen. To gain the trust and respect of your people, you must stand up for them and take action.

A company may be comprised of many different leaders, departments, and networks. To promote company-wide inclusivity, you can just quietly make personal changes and call it a day. Rather, meaningful change comes from wide-reaching conversations and persistent action.

Inclusivity should not be a fad or a one-time conversation. To keep it top-of-mind, it’s useful to take big-picture, long-term actions. Some ideas include:

Today’s workers are (rightfully) demanding a place at the table, a sense of belonging, and an opportunity to be themselves. If those factors are lacking, many people will simply leave. Inclusivity is not an outlandish demand; it’s a necessity. As a leader, you have the ability to create a more inclusive, welcoming company, and improve retention while doing it.